Thank heavens for this list of Netflix movies based on children’s books. I think my family might be going even more stir crazy than we already are!

If you’re looking for other things to watch with your kiddos, you should try one of these documentaries or some fun cooking shows.

Netflix Movies Based on Children’s Books

Do a quick search on Netflix and you’re all set to watch!

When young Sara (Liesel Matthews) is sent to a boarding school by her well-meaning World War I-bound father (Liam Cunningham), the imaginative girl makes the best of things by entertaining her friends with fanciful tales. After running afoul of the strict headmistress, Miss Minchin (Eleanor Bron), Sara receives some heartbreaking news and is forced to work in servitude. As she struggles to keep her spirits up, she makes some remarkable discoveries that may change her seemingly bleak fate.

A prankster learns his school is about to lose several top athletes, including his best friend, to a rival school. To save the swim program and keep his friend, he takes drastic action to raise money to upgrade the school’s pool.

The series revolves around two fourth-graders, George Beard and Harold Hutchins, living in Piqua, Ohio, and Captain Underpants, an aptly named superhero from one of the boys’ homemade comic books, who accidentally (“kinda on purpose”) becomes real when George and Harold hypnotize their ill-tempered principal, Mr. Krupp. Soon after, Mr. Krupp gains superpowers by drinking alien juices in the third book.

Dragons: Dawn of the Dragon Racer

A short film describing how Dragon Racing was invented.

While collecting junk one day, best friends Sonny and Sam meet Slappy, a mischievous talking dummy from an unpublished “Goosebumps” book by R.L. Stine. Hoping to start his own family, Slappy kidnaps Sonny’s mother and brings all of his ghoulish friends back to life — just in time for Halloween.

Harriet (Michelle Trachtenberg) may only be in the sixth grade, but she’s already found her calling: to be a spy. In a private journal she takes everywhere, Harriet records suspicious activity and keeps a running list of observations on virtually everyone she knows. It seems harmless enough until, one day, someone finds the journal and exposes Harriet’s critical thoughts about her classmates. Suddenly, even her best friends are against her, and Harriet resolves to take revenge.

Hoodwinked Too: Hood Vs Evil

While training with a mysterious covert ops group known as the Sisters of the Hood, Red (Hayden Panettiere) gets an urgent call from Nicky Flippers (David Ogden Stiers), head of the top-secret Happily Ever After Agency. A wicked witch (Joan Cusack) has kidnapped Hansel (Bill Hader) and Gretel (Amy Poehler), and Red’s the only one who can save them. Accompanied by the Big Bad Wolf (Patrick Warburton) and Wolf’s pal, Twitchy (Cory Edwards), Red sets out to bring the children back.

2 of our personal favorite Netflix movies based on children’s books are Hook and Hugo! We can watch them again and again!

When his young children are abducted by his old nemesis, Capt. Hook (Dustin Hoffman), middle-aged lawyer Peter Banning (Robin Williams) returns to his magical origins as Peter Pan. Peter must revisit a foggy past in which he abandoned Neverland for family life, leaving Tinkerbell (Julia Roberts) and the Lost Boys to fend for themselves. Given their bitterness toward Peter for growing up — and their allegiance to their new leader, Rufio — the old gang may not be happy to see him. 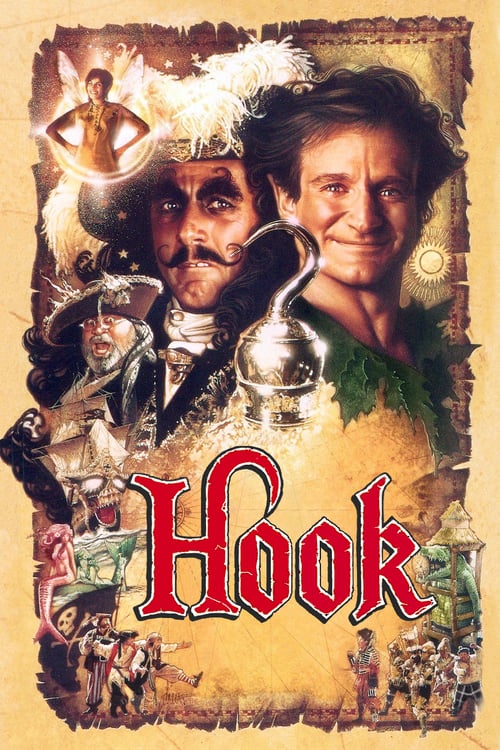 Orphaned and alone except for an uncle, Hugo Cabret (Asa Butterfield) lives in the walls of a train station in 1930s Paris. Hugo’s job is to oil and maintain the station’s clocks, but to him, his more important task is to protect a broken automaton and notebook left to him by his late father (Jude Law). Accompanied by the goddaughter (Chloë Grace Moretz) of an embittered toy merchant (Ben Kingsley), Hugo embarks on a quest to solve the mystery of the automaton and find a place he can call home. 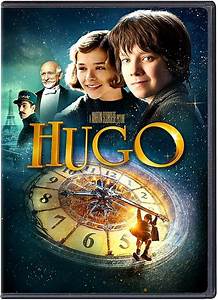 A look at the French novella “The Little Prince”, a story about life and humanity, and its legacy across generations.

Jessica Darling’s big sister gives her the IT List, a checklist for navigating the middle school popularity hierarchy. It seems simple but nothing is ever as easy as it seems.

Judy Moody and the Not Bummer Summer

Judy (Jordana Beatty) has planned the most awesome summer ever and can’t wait to have adventures with her best friends, Rocky and Amy. Then she finds out that Rocky is off to tame lions and that Amy is flying to Borneo with her mother to save a lost tribe. Judy is bummed to be left home with her rotten brother, Stink (Parris Mosteller), and her second-best friend, Frank Pearl. And, what’s worse, her parents go to California and leave her with an aunt (Heather Graham) she’s never even met. 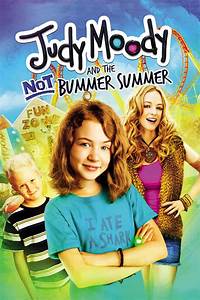 Legend of the Guardians

A father owl’s tales of the Guardians of Ga’Hoole enthrall his son Soren, but an older son scoffs at the stories of winged warriors who fought an epic battle to save all of owlkind from the evil Pure Ones. Later the brothers become captives of the Pure Ones, but Soren makes a daring escape and, with the help of other young owls, seeks out the Guardians and brings them back to defend their people once again.

Now an adult with three children, bank teller Michael Banks learns that his house will be repossessed in five days unless he can pay back a loan. His only hope is to find a missing certificate that shows proof of valuable shares that his father left him years earlier. Just as all seems lost, Michael and his sister receive the surprise of a lifetime when Mary Poppins — the beloved nanny from their childhood — arrives to save the day and take the Banks family on a magical, fun-filled adventure.

Human child Mowgli is raised by a wolf pack in the jungles of India. As he learns the often harsh rules of the jungle, under the tutelage of a bear named Baloo and a panther named Bagheera, Mowgli becomes accepted by the animals of the jungle as one of their own, but the fearsome tiger Shere Khan doesn’t take a liking to him. But there may be greater dangers lurking in the jungle, as Mowgli comes face to face with his human origins. 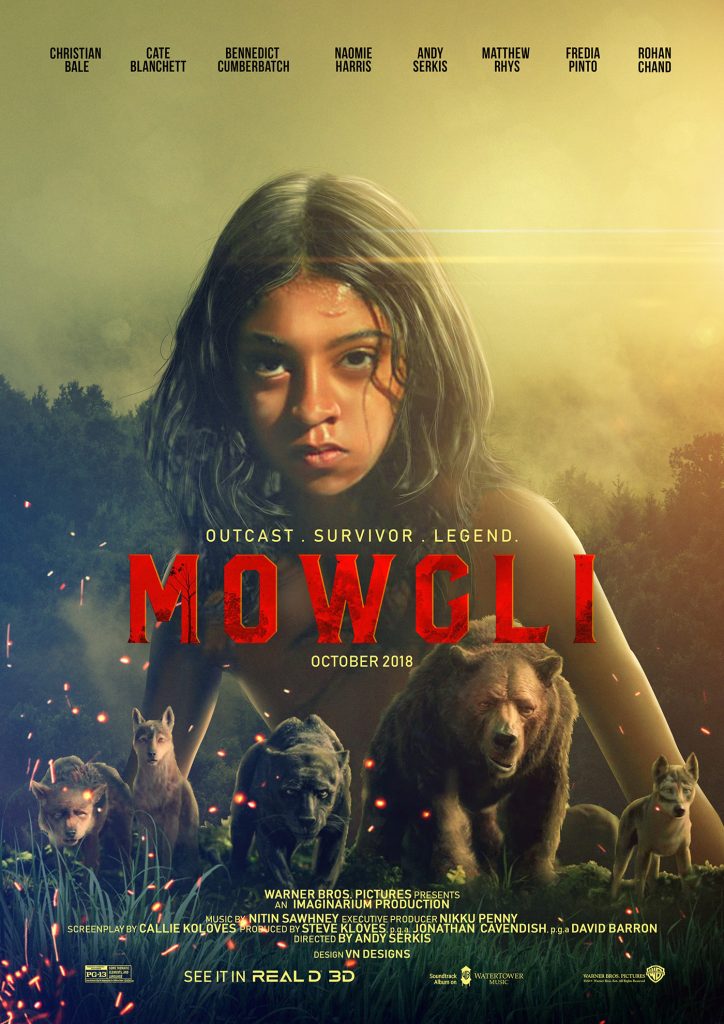 Jack Bruno (Dwayne Johnson), a Las Vegas taxi driver, is swept up in the adventure of a lifetime when he meets Sara (AnnaSophia Robb) and Seth (Alexander Ludwig), a pair of extraterrestrial youths who possess paranormal powers. In order to prevent an invasion of Earth, Jack must help the youths reach their spaceship, which is buried within Witch Mountain. But the task will not be easy, for government operatives and an alien bounty hunter are fast on their trail. 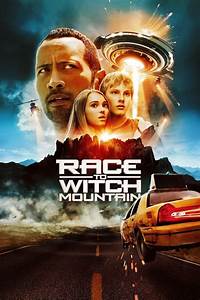 Room On The Broom

Based on Julia Donaldson’s picture book, telling the story of a kind witch who invites a collection of animals to join her on her broom, though her cat thinks it will get too crowded. Her new friends make themselves useful, however, when the witch is threatened by a fearsome dragon.

When the Littles go to an orphanage to adopt a new family member, a charming young mouse named Stuart is chosen. While George is initially unwelcoming to his new brother, the family cat, Snowbell, is even less enthusiastic about having a mouse as his “master” and plots to get rid of him. Against these difficulties, Stuart resolves to face them with as much pluck, love and courage as he can muster. In doing so, he shows his beloved new family that great things can truly come in small packages.

An elephant and a cat embark on a journey full of hazards, pirates, ghosts and an underwater dragon to help save the missing mayor of Solby.

A reporter and his niece discover a beautiful creature they believe to be a real mermaid. This is one of the Netflix movies based on children’s books that you may be a little confused by. It’s the “live action” one, not the cartoon we’re all so familiar with.

The Aviator introduces a girl to a world where she rediscovers her childhood and learns that it’s human connections that matter most, and that it is only with heart that one can see rightly; what is essential is invisible to the eye.

After he moves to Scotland with his parents, only child Tony (Jonathan Lipnicki) struggles to make friends at his new school. But he is bullied and picked on by the other boys, and has little hope of overcoming his miserable new life. Then he meets Rudolph (Rollo Weeks), a kid vampire with whom Tony becomes very close. But, when Rudolph’s life and the future of the vampire race are threatened by a ruthless vampire hunter, Tony must find the courage to save his best friend.

The Princess and the Frog

Hardworking and ambitious, Tiana (Anika Noni Rose) dreams of one day opening the finest restaurant in New Orleans. Her dream takes a slight detour when she meets Prince Naveen (Bruno Campos), who has been turned into an amphibian by evil Dr. Facilier. Mistaking her for a princess and hoping to break the spell, Naveen plants a kiss on poor Tiana — thereby turning her into a frog as well. The pair hop along on an adventure through the bayous to seek the help of a powerful voodoo priestess.

Of the three Grace children, Jared (Freddie Highmore) has always been thought of as the troublemaker. So when strange things happen after his family’s move to a relative’s dilapidated estate, sister Mallory (Sarah Bolger), twin brother Simon and their mother assume that Jared is behind it all. However, magical creatures roam the grounds, and they all want a special book that Jared has found: a field guide to fantastic creatures, penned by Arthur Spiderwick.

Capt. Zoom, or Jack (Tim Allen), as he is now known, has long since given up his career of fighting evil and protecting the defenseless. The former superhero gets back into the game when he takes a job at a private academy, where he must whip into shape a ragtag group of heroes-in-training. 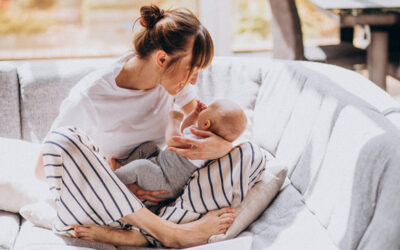 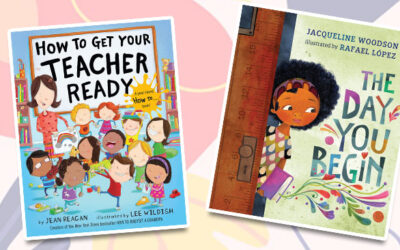 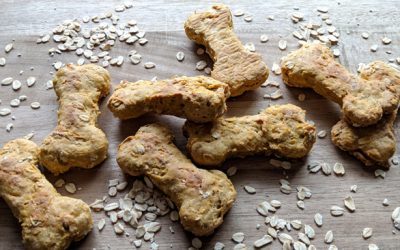 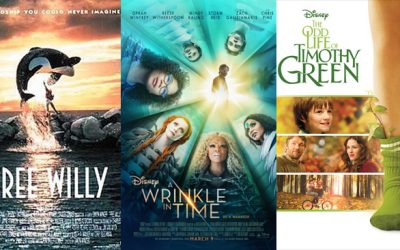