“No!” Your child screams. Her eyes wide and her pulse racing. You have seen her like this before. Her deer caught in headlights expression. She is paralyzed with fear. You are paralyzed with confusion. Should you make her? Should you give in to her fears? You second guess your next move. What will make this better, not just for today, but forever? This anxiety battle is draining and you don’t know how much more you can take. More importantly, you don’t know how much more she can take. How are you supposed to parent anxious children?

Anxious children act in very similar ways, but parents come at it from all different directions.

Some parenting styles will exacerbate anxiety and some will help conquer it. Let’s talk about each style and what it does…most of us are a little bit of each of these at times. 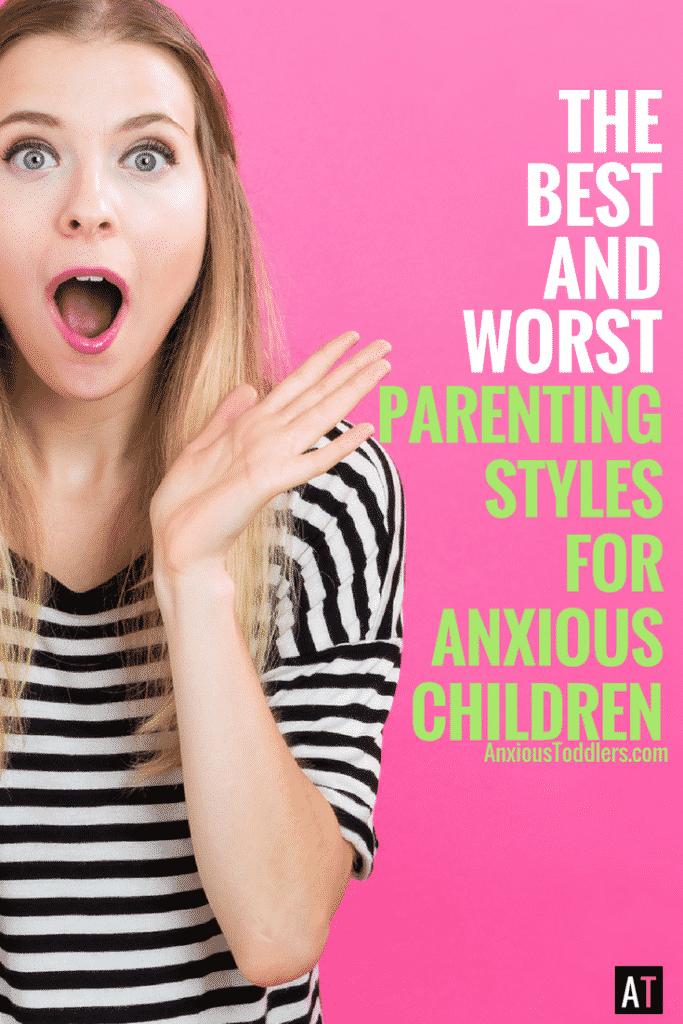 The Best and Worst Parenting Styles for Anxious Children:

Not everyone gets anxiety. Maybe you don’t get it. Maybe your partner doesn’t get it. Usually, I meet these parents in my office due to parental frustration.

He refuses to do things, even when we threaten to take everything away.

She is lazy and doesn’t want to go to school!

The parental bystander raises their anxious child just like their other kids. They use discipline and consequences to address their child’s behavior. If their child won’t go to sleep, there will be consequences. If their child is afraid to do something, they will force them to face their fears.

This can be done out of love and concern. I don’t want my child paralyzed with fear!

This can be done out of fear. What if they turn out like me? What if people make fun of him?

This can be done out of ignorance. It’s not anxiety. He’s just being stubborn.

Carter refused to go to bed. He would beg to sleep in his parent’s bedroom. They adamantly told him no. He would constantly get out of bed and check on them. Usually, around 1 or 2 am, Carter would make his way to their bedroom. Often at that point, they were too tired to fight any longer. Carter became a permanent fixture in their bedroom.

Carter’s parents were fed up with his behavior. They told him that if he came into their bedroom in the middle of the night, he would lose all electronics for a week. Carter perpetually lost his electronics. It made no difference. His parents tried shouting at him. It didn’t help. They grew angry and resentful at Carter. Nothing was working.

Regardless of what drives this parenting style, one thing is for sure, it doesn’t work. You cannot discipline anxiety out of your child, it simply doesn’t help. Without giving your children thetools to fight their anxiety, you are essentially throwing them into a pool without swim lessons.

It can be so hard to watch our children struggle. We want them to be happy, so when they aren’t it can be very unnerving. The parental protector wants to fight this anxiety battle for their child. They want to cocoon them from the bumps of life and rid them of any anxiety-producing situation.

Mandy started to have anxiety when she entered junior high. She was twelve and it hit her like a ton of bricks. What was once a happy, easy going child was now an anxious wreck. Her parents didn’t know what happened.

Mandy started to worry about throwing up at school. She saw someone throw up at the beginning of the year and it consumed her thoughts. She felt nauseous in the mornings and was convinced that if she went to school, she’d be sick.

Her parents watched her struggle and wanted to help. They let her stay home when she felt sick. They had the doctor run all sorts of tests on her. They found no medical origin for her stomach issues. Her mom went to the school and had lunch with her each day. No matter what they did, it never seemed like enough. Mandy wasn’t getting through the school day. She was living at the school nurse’s station and they had her mom on speed dial.

When I met Mandy and her family, they were considering homeschooling. They felt like they were out of options.

Even though Mandy’s family was extremely empathetic to her struggle, they never gave her the tools to fight her anxiety. Mandy and her family inadvertently gave anxiety what it loves the most – avoidance. As Mandy avoided situations, her anxiety grew. Mandy needed tools. Mandy needed armor. Mandy was waving the white flag before the battle even begun.

When I met Carter and Mandy’s parents they were both distraught. How were they supposed to help their children? Why was nothing working?

They learned how to detect their child’s anxiety themes. Carter’s parents discovered that he was afraid of dying. He went to bed each night convinced that someone was going to break in and kill his family. By the time his parents put him to bed, his heart was racing and he was prepared for battle. No amount of punishment was going to penetrate that fear.

Mandy’s parents learned that she had one of anxiety’s most common themes – fear of throwing up. They learned that her anxiety wants her to avoid. The more she avoided, the more her anxiety grew. They realized by enabling her ability to avoid, her anxiety had grown worse.

Carter’s parents were no longer angry at him. They wanted to help him, but they needed to learn how. They stopped punishing him and started working on his anxiety.

They learned that Carter worried often, but had kept it to himself. They taught Carter how to defeat his anxious thoughts and stop them from spiraling out of control. Carter became more open about his worries because he felt his parents finally “got” his anxiety. When Carter had an anxious thought his parents helped him work through it.

Carter’s parents set up small anxiety “challenges” where he learned how to face his fears one small step at a time. Carter started to feel empowered and his parents finally felt some hope.

Mandy’s parents also learned about anxiety. They stopped trying to figure out why Mandy was afraid of throwing up and focused on giving her the tools to defeat it. They started to understand that anxiety doesn’t have to make sense.

They taught Mandy that the more she avoided anxiety-producing situations, the stronger her anxiety would get. They taught her how to tackle her anxious thoughts and armed her with techniques to decrease her anxiety.

Mandy’s parents also set up anxiety challenges for her. They started off small. She was afraid to eat at restaurants. She was afraid to sleep over at a friend’s house. They tackled these fears one by one. As she got more empowered, she started to feel hopeful that she could go back to school.

Anxiety can be devastating. As parents, we are often confused about what our role should be. We often haphazardly fall into the bystander or protector role. Anxious children will flourish when their parents take on the coaching role. Fighting anxiety can be a lonely, overwhelming experience. Children need us to train, cheer lead and encourage them throughout their fight. We need to celebrate their victories and pick them up when they are defeated. We can’t fight this fight for them, but we can certainly be by their side. 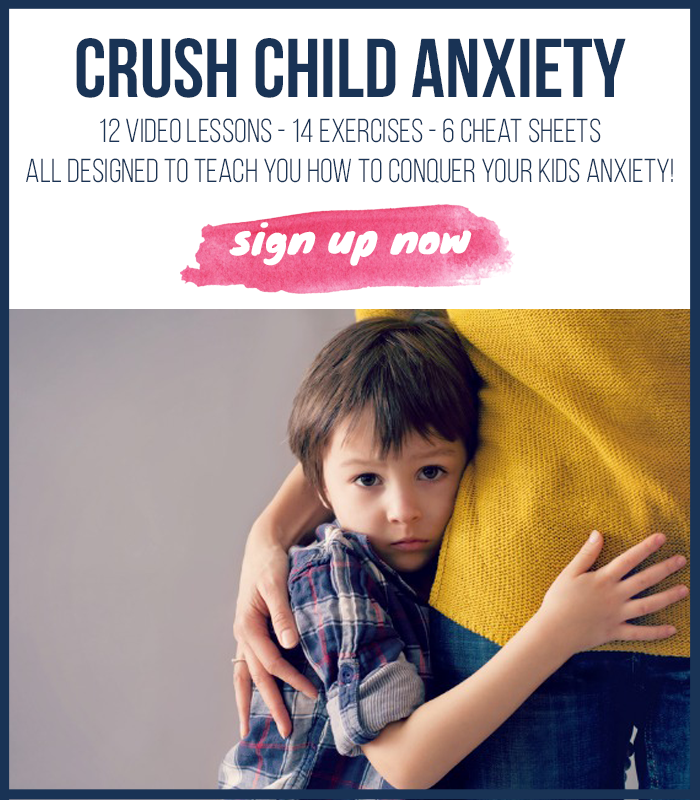 For a more in-depth look at how to build your child’s skills take the parenting E-Course How to Teach Your Kids to Crush Anxiety. In this course, I will teach you what I teach parents and kids in my child therapy practice. (If you use my link, you get 24% off!) You will be given a complete blueprint on how anxiety works and what you can do to help your child beat anxiety one skill at a time.