My five-year-old little boy is totally, head over heels obsessed with watching people play Minecraft on YouTube. He had never even played the game before, but for some reason, watching men with English accents build and narrate sucked him in.

And he’s certainly not the only one – Stampy has well over 7 million subscribers! There are apparently A LOT of people interested in watching. 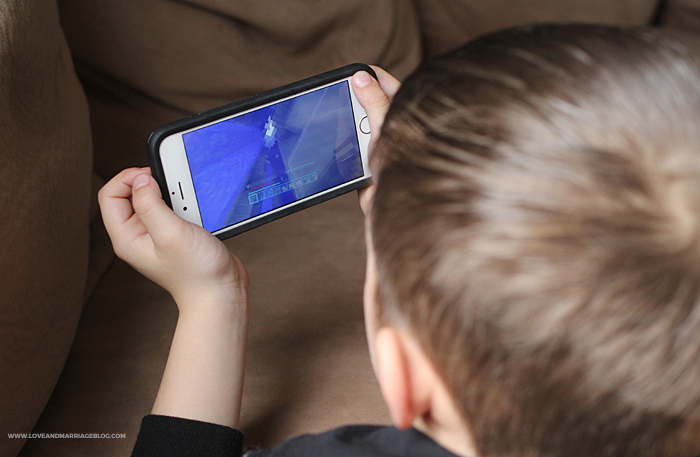 Since then he has started playing himself and I am genuinely impressed every time he shows me something he has created. I don’t have the patience to figure the game out and I can say with certainty he is better at it than I ever could be.

Still though, he spends just as much of his electronics time watching people play as he does actually playing. And even though I’ve heard of parents banning Minecraft (for reasons like, it is sucking up all of their kids time), I’m totally OK with him watching.

It’s what he likes to do. Even if I can’t quite get it, he enjoys it and it makes him happy. It’s 2016 and this is the trend. If I concluded it to be stupid or a waste of time and refused to let him watch, I would be no different than my parents telling me rap music was ridiculous. They were totally old and didn’t get it. As long as it’s not harming him or anyone else he’s free to watch. Especially if I know he is watching safely on the kids YouTube app.

It helps him get better. This article from Toca Boca explained three reasons why your kids like watching people play video games. The first is that they are learning new game skills in the same way if you were trying to master a new dance move you would watch someone over and over who did it well. You would watch someone skilled at that particular thing and mimic what they do. He’s learned a lot from watching Minecraft videos which is a good thing, for yet another reason… 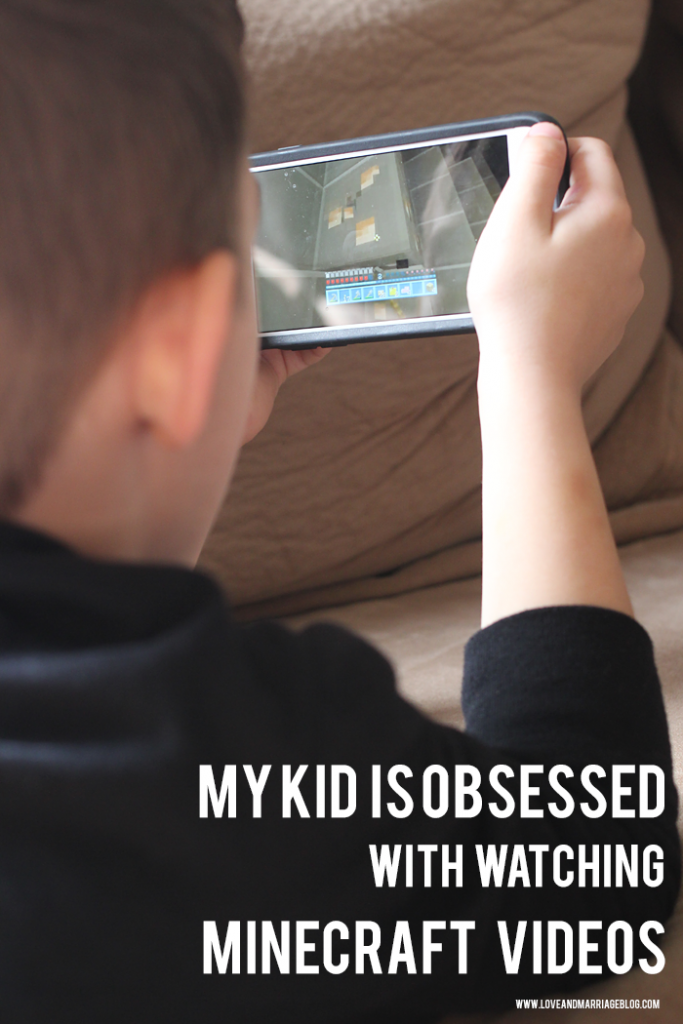 Minecraft may actually help him. Articles have been streaming out explaining the wonderful things Minecraft is teaching your kids and I totally buy it. First and foremost, the game takes incredible creativity. Everything is built from scratch and designed by you. We can build with the few bins of blocks we have here but that would never compare to the things he can create on Minecraft. (Not that we don’t still play with Legos – we do.)

Creativity and inventiveness are so important to me as I raise my children. I’ve become even more convinced of that importance since this wonderful article was released. We can teach many things, but the ability to be original and innovative is difficult to learn. Finding fun ways to nurture that creativity can be hard. Yes, we build forts, play make believe, create art and more… this is just another awesome tool in our toolbox.

And it is a tool my little boys adores. 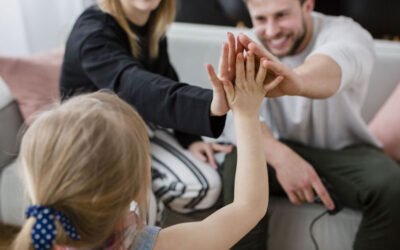