If you’re considering and open basement ceiling here are some photos for you to take a look at. 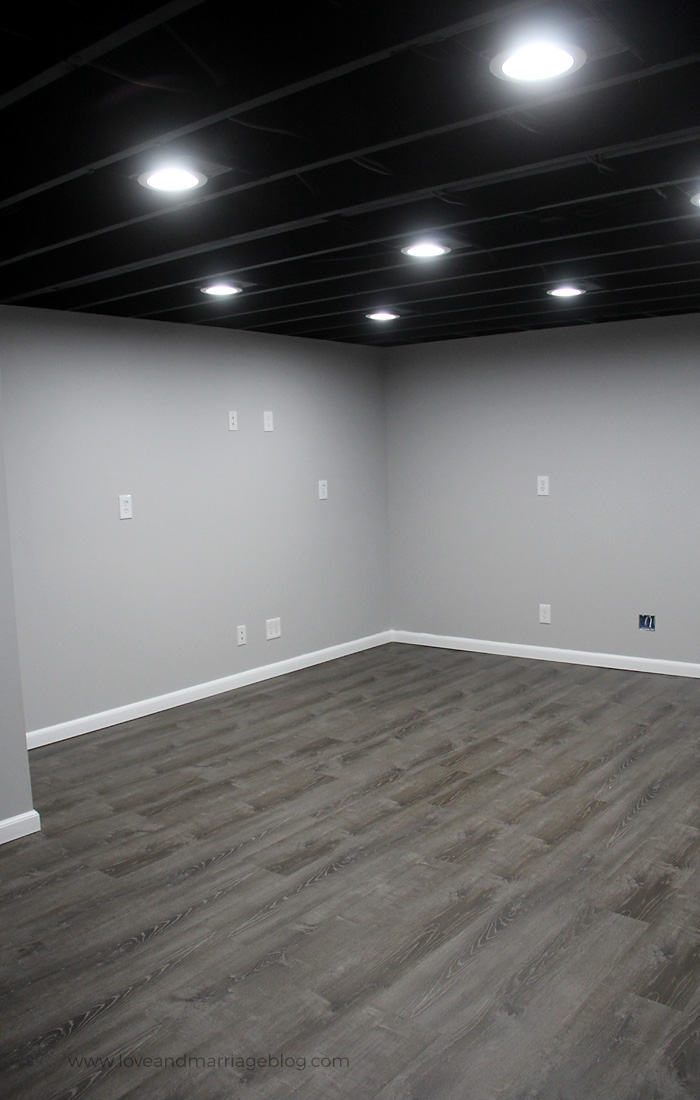 Our basement remodel has been a labor of love if there ever was one. We first pulled everything out and completely gutted it – removing every wall and every stud and every piece of flooring – more than 2 years ago.

Slowly, we’ve put in the time and money to make it what we envisioned from the very beginning. Ever since my husband bought this house over 12 years ago.

One issue to address, among many, was the ceiling. What we had needed to come down, so what should we put in its place? 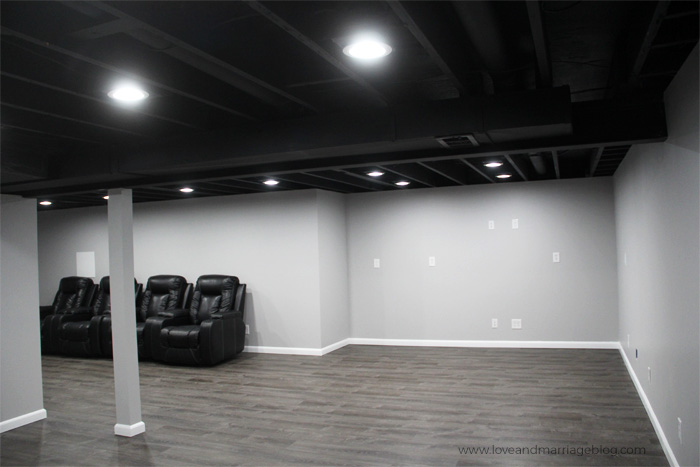 Choosing between a conventional ceiling or an open ceiling

The open ceiling would mean leaving everything uncovered; the joists, the wires, the piping and every other imperfection. We would leave all of it and just paint right over it.

A regular ceiling would mean to cover all of that up with sheetrock.

In the end, we chose a Basement Ceiling Painted Black. 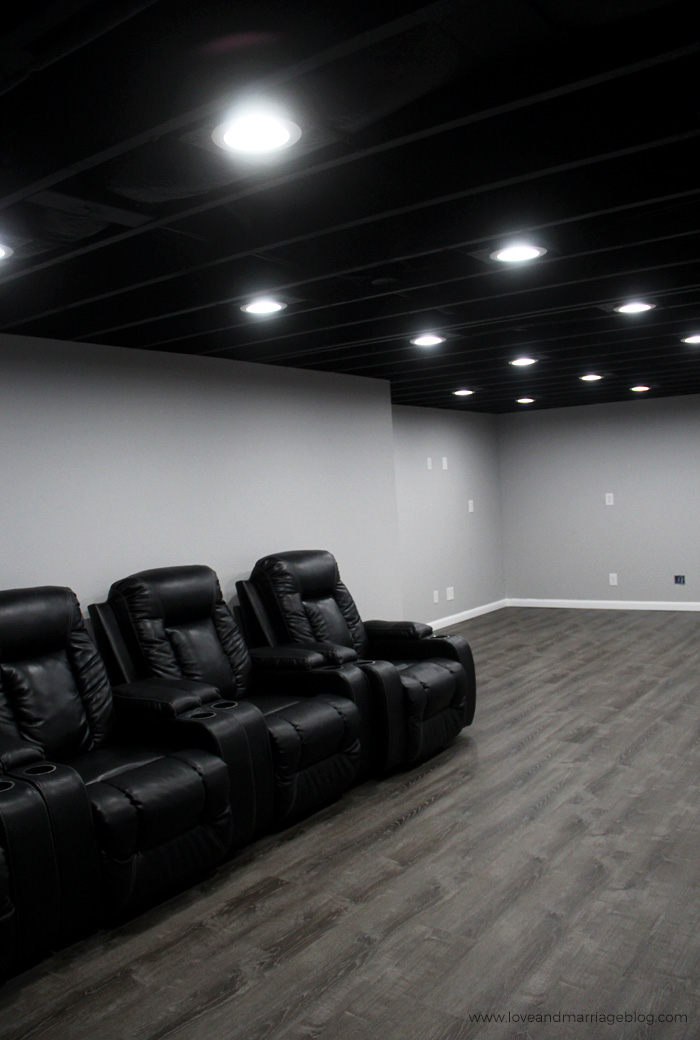 The Pro’s and Cons to a basement ceiling painted black

The pro’s to a painted basement ceiling are first and foremost cost.

Plus, they just look really unique! It isn’t something you see everyday.

The con’s are that you’re eliminating a noise barrier.

The other con is that you may just really dislike having a dark ceiling in your basement or it may not flow with the design idea you had in mind.

Sunday is a big fan. 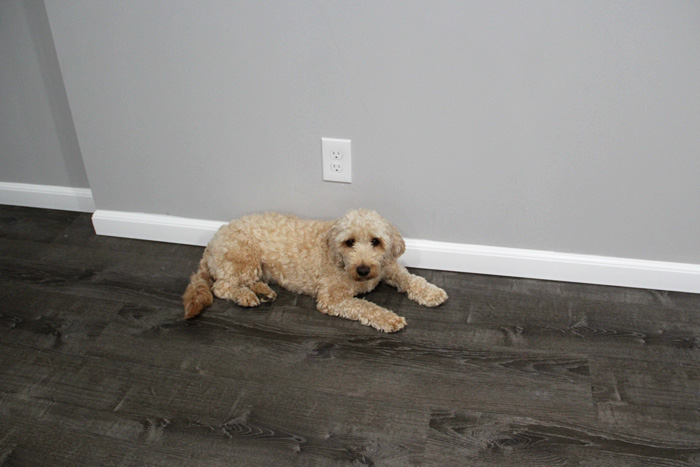 Why We Love It

To us, a painted basement ceiling is a really nice look. We like the industrial feel and it’s something you don’t see every day.

The ceilings almost just disappear and contrary to popular belief, it does not make the basement feel darker or smaller at all.

Honestly, it was hard to envision this at the beginning.

My husband was a big advocate for trying it but I was really nervous. In the end, I’m really happy we did it. The ceiling looks nice and it saved us money. Those are both wins to me.

We’ve even inspired a friend to paint his basement ceiling black. That basement looks awesome as well and they have had no regrets.

Leave me any questions you have below and I’ll try my best to answer them.

What Color To Paint Basement Ceiling: We used the color Deep Onyx (paint was applied with a sprayer)

Pin It for Later 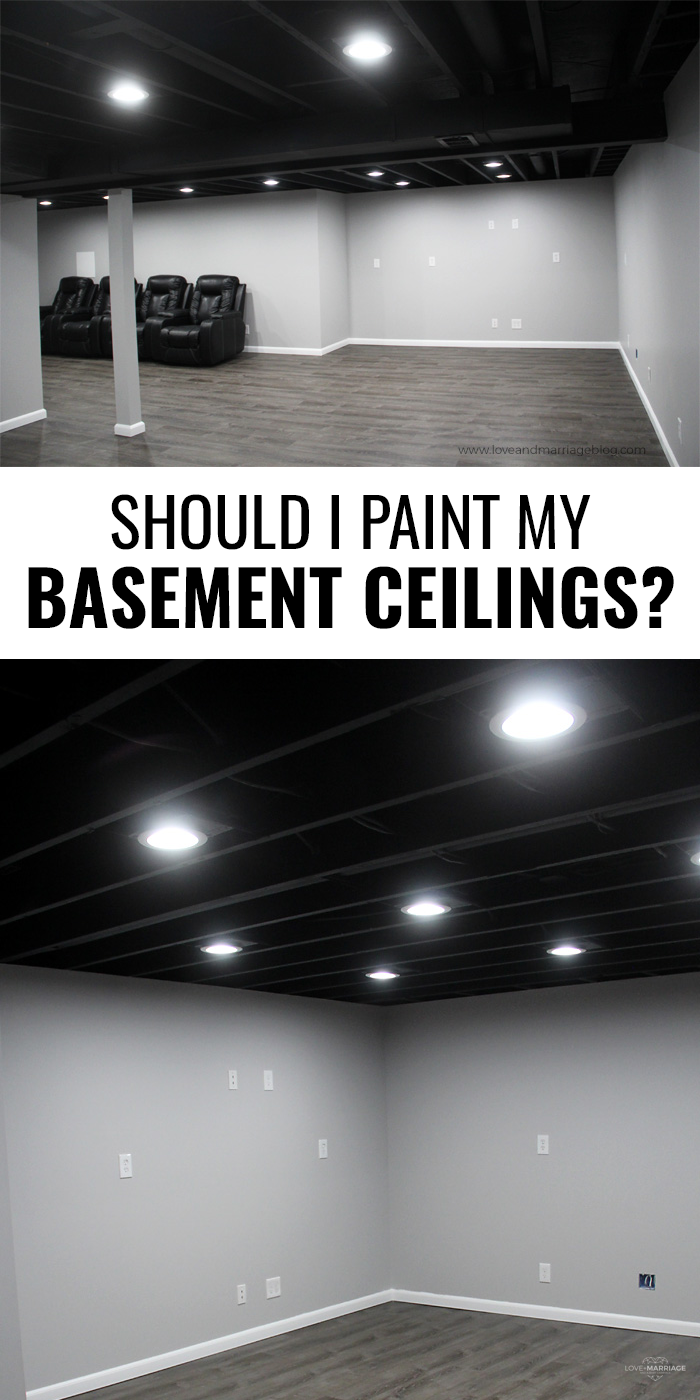 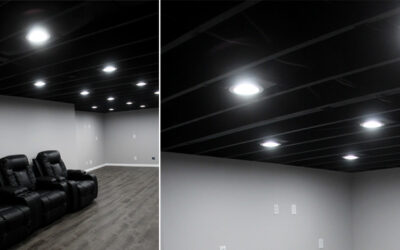